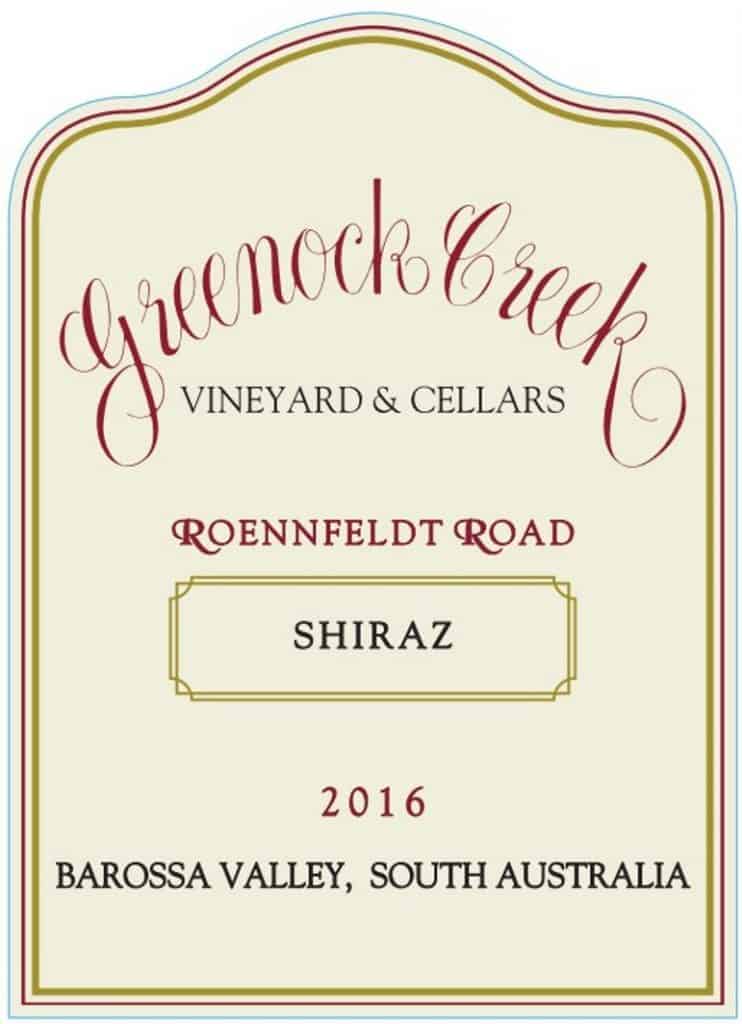 Cherry red in the glass, with blueberry and blackcurrant on the nose, along with vanilla bean and char notes. An incredibly powerful expression of Barossa Valley Shiraz, showcasing multiple layers of rich fruit wrapped around firm ripe tannins intermingled with distinctive rum/raisin characters, candied figs and sweet praline biscuits which flow through to a long and persistent finish. Mid palate adds creaminess and sweetness too. Tannins are tight & focused, providing a linear framework balanced by a sweet acid finish.

Sourced from a single 1.3 hectare dry grown vineyard planted on a gently sloping, south east facing site at Marananga on Roennfeldt Road, arguably Australia’s finest red wine address. The ancient vine roots are anchored deep into the quartz stone rich loam soils which provide a consistent source of sub surface moisture that assists with maintaining vine health and promoting even ripening. During late January to March in the lead up to harvest, gully breezes rise up from the Valley floor to cool the canopy. This element, combined with a ridge line to the west which protects the vines from the late afternoon sun, prolongs ripening and enables the fruit to achieve a remarkable level of flavor intensity, whilst retaining good natural acidity. Dry grown, the old vines yield a small crop of compact bunches of densely flavored berries, cementing this site’s reputation as an exceptional Barossa Valley vineyard, and the source of an iconic Australian Shiraz. The RR Shiraz is all about intensity, structure and phenomenal color. Cellaring recommendation: 20+ years

The fruit was 100% hand- picked. Yields for this wine are kept to 1 t/a or less (bunch thinned as needed). In wetter/cooler years, very selective harvesting is done, to ensure optimal where flavor development. Fruit from this SV has smaller berries, due to minimal irrigation and is grown with minimal (if any) irrigation, resulting in thick skins and minimal juice extraction – sometimes as low as 500L/T. Fruit is gravity fed to slate lined fermenters – kept underground, to help keep ferments under 75ºF. This last 6-7 days, following which, the skins are dug out by hand and placed on conveyor belt, to transfer to 3T basket press with traditional wooden slates that are wax coated yearly. This helps to maintain soft tannin profile, because there’s no pumping involved in the transfer. Any further cooling to fermenters is via external tubes and is used during pump overs. Pressing is very gentle and not extended like other wineries – seeking rather the free run juice (which is the least bitter). This juice, along with pressings, is gravity fed into an underground 5000L tank, to be combined. It is then transferred to SS tanks for 2 days to settle the heavy lees. Juice is then drained & transferred to 100% American oak (20% new) for two years. The wine is then bottled, unfiltered and unfined, before being cellar aged for 3 years, and finally released.

The preceding winter and spring continued the trend of below average rainfall, at 70% of the long term average. Dry soils and a warmer than average spring accelerated the growing season before cooler conditions in January pushed back the start of vintage. Rain events at the end of January and then again in February helped maintain canopies, and enabled the fruit in our vineyard blocks to full ripen in near perfect conditions.