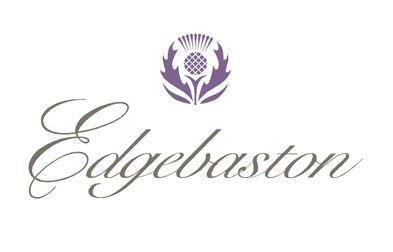 The Finlayson family is synonymous with the modern era winemaking in the Western Cape region of South Africa. Three generations of Finlayson’s have played a shaping role in steering the Cape wine industry in the direction of the international wine world.

Read MoreRead Less...
It was here that his two sons learned to make wine. First, Walter, who was trained as a stockman in Scotland and then Peter took turns at running the farm. Due to the large family occupying the farm, Walter decided to head off and create his own future. He worked at Blaauwklippen wines for 15 years, where he twice won the coveted "Diners Club Winemaker of the Year" awards amongst many other prestigious prizes. While at Blaauwklippen, he purchased the farm Glen Carlou in Paarl.He set about developing the farm and was joined by son David in 1993. David qualified as a winemaker at Elsenburg Agricultural College in Stellenbosch as a Dux student. He then traveled the world, gaining winemaking experience at first in Australia (Peter Lehmann Wines) and New Zealand(Te Mata) and then in France at the world-renowned Chateau Margaux. In 1996, David took control of the winemaking at Glen Carlou. He built the winery into one of South Africa's leading quality brands, gaining numerous awards for the Glen Carlou Chardonnay, Syrah, and Grand Classique blend. Most recently in these awards were SAA wine of the year 2005 and John Platter Wine of the Year 2006. In 2003 Walter and David sold their shares in Glen Carlou, and while David remains at Glen Carlou as Managing Director, he started to build up a boutique wine farm of their own in Stellenbosch. They bought the Stellenbosch farm Woodlands, situated on the fringes of the town along the R44 between Stellenbosch and Klapmuts. The neighboring farms are the award-winning L'Avenir, Remhoogte, and Morgenhof wineries, and it sits on the slopes of the Simonsberg facing North-East through to South East. From the early 1930's it belonged to the Micklem family, who bought the 34-hectare property when the farm Edgebaston was subdivided. During the past 60 years, Walter Finlayson and then his son David, who were close friends of the Micklem family, spent many happy times on the property as it was close to the then Finlayson family farm, Hartenberg.The property has shale soils, unique to this particular part of Stellenbosch, and has proved to give wines with excellent structure, classic style, and minerality. Initially, David invested his time and energy in ensuring that only the best vines were planted, nurtured, raised onto the trellis, and started producing fine wines. Walter oversees the daily management of the vines and wines. As a combined force, they produce wines that show the essence of who the family is and what they stand for in making classic wines suitable for maturation, not merely for winning shows. The first wines from Woodlands Farm have been named Edgebaston. Interestingly several coincidences have made the name a distinct choice for the Finlayson Family's new release. The properties' original land title is registered as Edgebaston, and the official registration with the SA Wine Services for the property is still Edgebaston. Edgebaston, UK, is also where David's Maternal Grandfather, Gordon Egerton, was born and raised. With the Paternal side of the family from Inverness, it was then decided to depict the Scottish heritage of the family and what better way than to use the family's unique design of the Scottish Thistle in the logo.While many winemakers have been forced out of the Stellenbosch area to places where the land is cheaper, the Finlayson's have never believed in taking the easy route. Due to their firm belief that Stellenbosch always has and will remain South Africa's finest winemaking region, they want to create wonderful wines for the discerning wine collector. The wines currently produced are Shiraz, Cabernet Sauvignon, Mourvedre/Tannat/Syrah, Chardonnay, and in 2008 there will be a Sauvignon Blanc/Semillon blend released.
Visit David Finlayson's website
See David Finlayson wines we sell