While the history of winemaking in Chile traces as far back as European colonialism, nearly 500 years, two historical moments are most important to the contemporary state of the Chilean wine market.

First, the outbreak of Phylloxera in the mid-19th Century occurred. The mass exodus of winemakers from Europe looking for work as vineyards died out in their home countries brought the French varietals we most associate with Chile. Among these, Carmenere, Cabernet, Chardonnay, and Pinot Noir. In addition, Chile remains one of the few winegrowing regions on Earth untouched by the scourge of Phylloxera, meaning that the vines do not need to be grafted.

Second is the impact of 20th Century Chilean politics on the wine industry. A slow decline through the middle of the Century made much worse by nearly twenty years of military dictatorship. And it obviously didn’t do the Chilean wine industry any favors. However, the industry had good bones. Chile’s long, narrow shape encompasses the entire latitude range, which is acceptable for wine growing. The abundance of microclimates provided by this combination of different latitudes, elevations, and proximity to the Pacific ocean, means that Chile contains any microclimate you could imagine.

Read MoreRead Less...
The end of the 20th Century and the beginning of the 21st Century have brought substantial new investments to the Chilean wine industry. The 1990s and early 2000s saw a swell of interest in inexpensive wines from Chile, and indeed the country does produce some truly outstanding values at everyday price points. However, on the horizon, and most exciting to us, is the growth and potential we see outside of the entry-level category.The garagiste movement is alive and well, with much experimenting taking place in the winemaking arena and the grape sourcing universe. A definite shift is noticeable from a simple "value-added" approach to winemaking, prevalent many years ago, to signature expressionism among top-notch winemakers who battle daily for cult status on the international market. With the arrival of Bordeaux varieties, Chile wine history enters the modern era of winemaking in the 1850s. These would be the basis for the beginning of the contemporary wine industry in Chile. The vines adapted quickly to the climate in Chile. And many believe that the vines are the only existing clones of grapes before the Phylloxera epidemic in the world. Chile is the only producer of wine on a large scale that has never had an outbreak of Phylloxera. World War I marked the beginning of a decline in the Chilean wine industry. The industry entered a period of recess, which lasted until the 1980s. In this period, the wine industry was affected dramatically by the tax levied on the wine industry and social policies implemented to combat the consumption of alcohol. In 1980 the country had a total of 106,000 hectares of vineyards in production, an area similar to that of 1938. However, the country's population had nearly doubled over the same period. The political climate of the time was another factor that weakened the Chilean wine industry. Upon the return to democracy in 1990, the Chilean wine industry began a slow but steady recovery.Between 1990 and 1993, an additional 10,000 hectares of various strains of grapes were planted. As well as significant investments in new technologies for the production of wine, it focused on the growth of the international markets. In 2007, total exports of Chilean wine exceeded $1.2 billion, led by the U.K., the U.S., and Canada. Foreign investment has significantly influenced the development of the Chilean wine industry, including Investments from Torres Winery and Chateau Lafite. Today, Rothschild, Pernod Ricard, Kendall Jackson, Francisco State, Bruno Prat are among those international vintners with substantial investments in the Chilean wine industry. 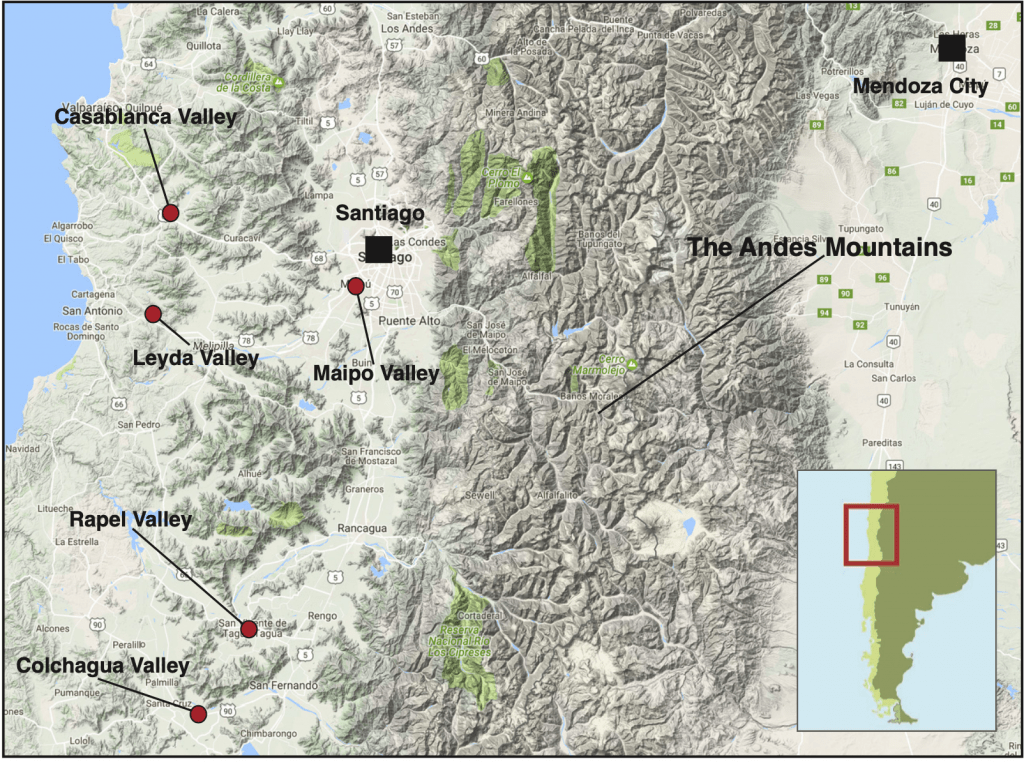