Argentina is the fifth largest producer of wine in the world. Argentine wine, as with some aspects of Argentine cuisine, has its roots in Spain.

During the Spanish colonization of the Americas, they brought vine cuttings to Santiago del Estero in 1557. Thus, the cultivation of the grape and wine production stretched first to neighboring regions, and then to other parts of the country.

Historically, Argentine winemakers were more interested in quantity than quality, with the country consuming 90% of the wine it produces (45 liters/12 gallons per year according to 2006 figures). Additionally, until the early 1990s, Argentina produced more wine than any other country outside Europe, though most of it was considered unexportable. However, the desire to increase exports fueled significant advances in quality.

Read MoreRead Less...
Argentine wines started being exported during the 1990s, and are currently growing in popularity, making it the largest wine exporter in South America. zFurthermore, the devaluation of the Argentine peso in 2002 further fueled the industry as production costs decreased. Tourism also significantly increased, giving way to a whole new concept of ecotourism in Argentina.The most famous wine regions of the country are in the provinces of Mendoza, San Juan and La Rioja, Salta, Catamarca, Rio Negro, and, more recently, Southern Buenos Aires. The Mendoza province produces more than 60% of the Argentine wine and is the source of an even higher percentage of exports. Due to the high altitude and low humidity of the leading wine-producing regions, Argentine vineyards rarely face the problems of insects, fungi, molds, and other grape diseases that affect vineyards in other countries. It allows cultivating with little or no pesticides, enabling even organic wines to be easily producible.There are many different varieties of grapes cultivated in Argentina, reflecting the country's many immigrant groups. For example, the French brought Malbec, which makes most of Argentina's best-known wines. The Italians brought vines called Bonarda, although Argentine Bonarda appears to be the Douce Noir of Savoie, also known as Charbono in California. It has nothing in common with the light fruity wines made from Bonarda Piemontese in Piedmont. Torrontés is another typical Argentine grape that can be found in the provinces of La Rioja, San Juan, and Salta. It is a member of the Malvasia group that makes aromatic white wines. It has recently been grown in Spain. Cabernet Sauvignon, Syrah, Chardonnay, and other international varieties are becoming more widely planted, but some varieties are cultivated characteristically in certain areas. 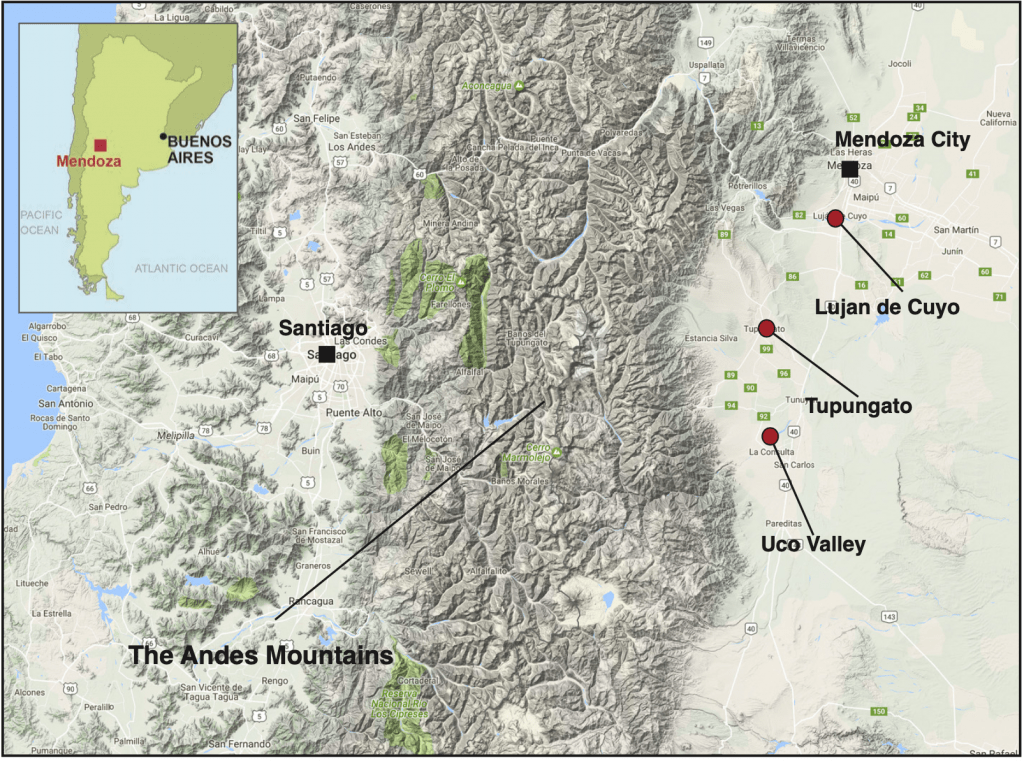