The Dutch East India Company’s establishment of a refreshment station at the Cape in 1652 had one single aim: to provide fresh food to the company’s merchant fleet on their voyages to India and surrounding areas. But much more evolved than that the establishment of a trading station led to a flourishing wine industry and later to the birth of a nation.
Jan van Riebeeck, the first governor of the Cape, planted a vineyard in 1655, and on 2 February 1659, the first wine was made from Cape grapes. Things improved when Van Riebeeck was succeeded in 1679 by Simon vander Stel, who was not only enthusiastic but very knowledgeable about viticulture and winemaking.

Read MoreRead Less...
He planted a vineyard on his farm Constantia and made good wine from the outset. Later, the Cloete family acquired Constantia, and their wines became world-famous. To this day, when discussing the world's finest wines, Constantia wine is what comes to mind. The Dutch had almost no wine tradition, and it was only after the French Huguenots settled at the Cape between 1680 and 1690 that the wine industry began to flourish. As religious refugees, the Huguenots had very little money and had to make do with the fare essentials. They also had to adapt their established winemaking techniques to new conditions. But with time, their culture and skills left a permanent impression on our wine industry, and on life at the Cape. The 18th century was a difficult phase for the wine industry. There was resistance to Cape wines from the European and Far East export markets, and the quality of some Cape wines left much to be desired. A critical shortage of oak vats made it challenging to age wine properly. Meanwhile, the industry struggled to identify the best varieties for each district and adapt winemaking techniques to local conditions. The first half of the 19th century brought prosperity to the industry. In addition to Britain's war with France, the British occupation of the Cape created a massive new market for Cape wines. The area under vine increased tremendously at the Cape during the early 1800s. However, 1861 brought disaster. Britain finally resolved her differences with France, and South Africa's wine exports collapsed. In 1886, the disease phylloxera was discovered at the Cape, and decimation of the vineyards followed. The year 1899 saw the beginning of the Anglo-Boer War. The wine industry was in chaos. A proliferation of new plantings caused overproduction, and 25 years of hardship followed. It was Charles Kohler who set out to alleviate the situation. His efforts led to the creation in 1918 of the Ko-operative Wijnbouwers Vereniging (KWV). An umbrella for its farmer members, the KWV brought stability to the industry, placing it on the road to growth and prosperity. The foundation was laid for today's thriving wine industry. The lifting of economic sanctions against South Africa in 1992 saw the industry explode, and their currency's weakness brought heaps of foreign investment. Wine quality rose steeply, and of late, it is hard to find a wine category more written about in the international media than South Africa. 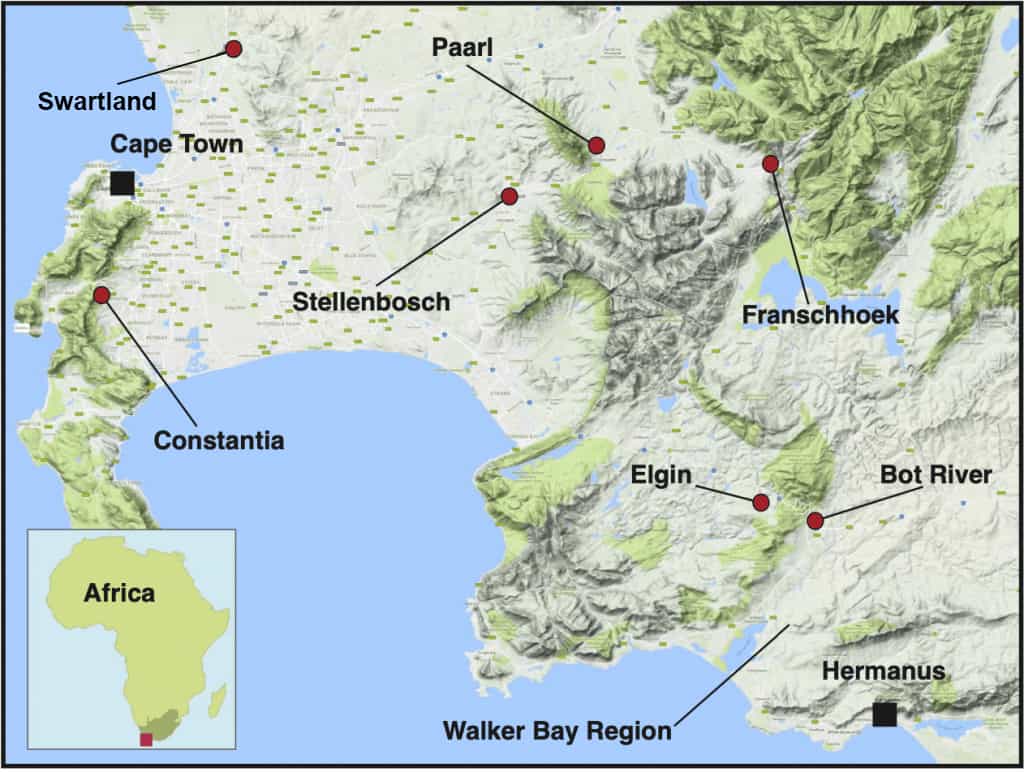