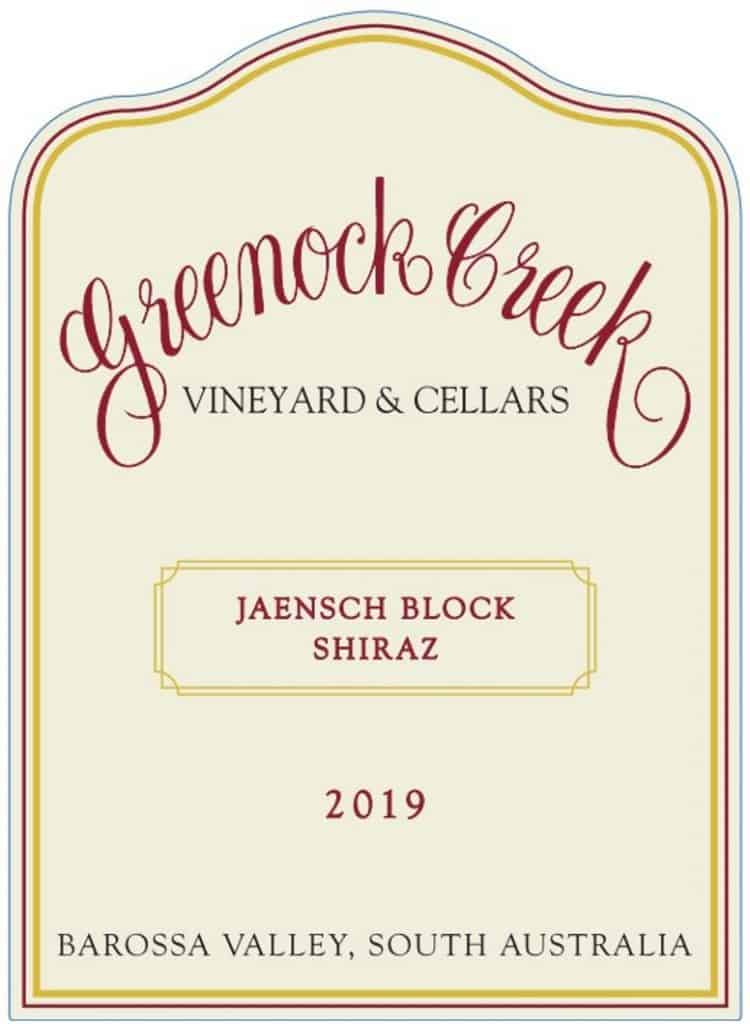 The two parcels are blended to produce a deeply colored, powerful wine with great ‘flavor drive’ down the palate. The silken tannins make the wine approachable in youth, but we would expect the Jaensch Block Shiraz from this exceptional Barossa red wine vintage to mature for 15 – 25 years.

The Jaensch Block sits across a high ridge at Moppa in the northwestern corner of the Barossa Valley, at an altitude of 320 – 340 meters above sea level. ‘Section One’ of the block features shallow clay top soils over a layer of quartz stone. Located on the more sheltered side of the ridge, this section benefits from cooling gully breezes, producing wines with silky tannin and gamey/meaty undertones. ‘Section Two’ of the block is a more exposed site, planted in shallow top soils scattered with ancient ironstone deposits. The structure of wine from this section is more intense, with a distinct savory spice. Cellaring recommendation: 20 years+

Fruit from the two sections of this block was hand-picked in late February, kept separate, and then destemmed & gravity fed to open, slate lined fermenters (kept underground, to help keep ferments under 75ºF). The wine was on skins for 6-7 days, where pump-over occurs 3 times daily, with a soft splash technique. The aim is for soft, integrated tannins rather than grippy tannin profiles. Malolactic fermentation is started 2 days into the alcoholic fermentation in order to have this completed early in the process. A 3T basket press is used for all the pressing – it has traditional wooden slates that are wax coated yearly. Pressing time is fairly brief – in order to refrain from drawing bitter tasting
juice. Free-run juice, along with pressings are then gravity feed into 5000L underground tank to be combined with the drained off juice. This is then transferred to SS tanks for 2 days, to settle the heavy lees. Following this, the wine is sent to barrel to be matured ‘Section 1’ was matured in 25% new and 75% seasoned French oak, and ‘Section 2’ in 20% new American oak and 80% seasoned French oak for 20 months. The wine was then bottled, unfiltered and unfined.

The growing season started with lower than average spring rainfalls, which became progressively drier through summer and early autumn. March rainfall totaled just 3mm,approximately 10% of the longer term average.
Spring frosts and windy conditions reduced yields, which was further compounded by above average temperatures in all months with the exception of a slightly cooler February which alleviated vine stress.