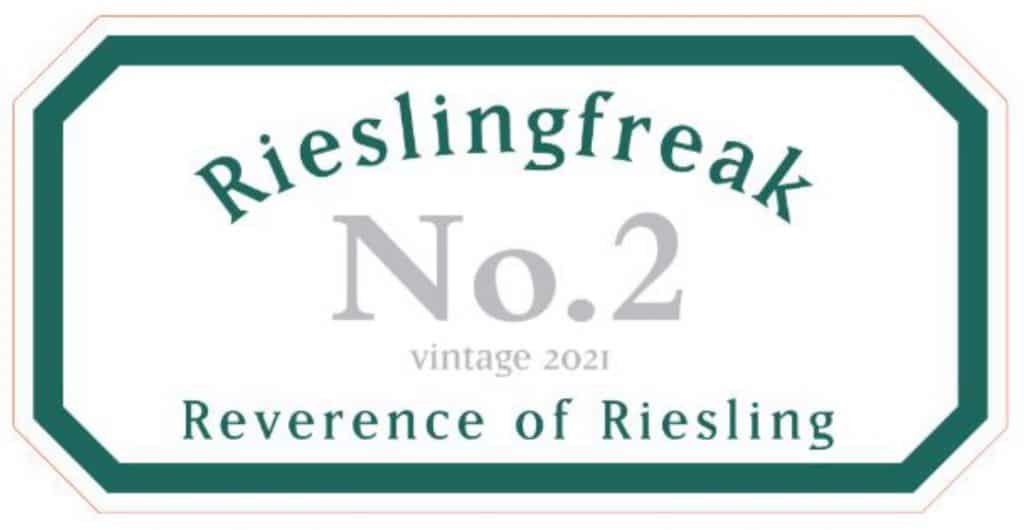 The Polish Hill River Vineyard was acquired by Rob and Lyn Jaeschke in 2010 and is known locally as the Hill River Vineyard. With Max Schubert (of Penfold’s fame) planting the first vines on the property in 1981, the vineyard was destined for big things. Situated in Polish Hill River, approximately 3 miles south-east of the Clare township, the vineyard is planted on grey-brown loam, over sandy limestone, and shale rock. Planted at 460m above sea level, the average rainfall is 625mm.  No.2 is a dry style of Riesling, showcasing many of the refinements typical of the Polish Hill River region. The limestone and shale rock soil profile are reflected in the wine with intense mineral and slate notes, along with underlying fresh citrus characters. The bouquet is awash with aromas of Granny Smith apple, Nashi pear, jasmine and rose; while the palate bursts with bright citrus notes dancing lithely over a grounded flint-like minerality. The mineral component of this wine acts like a conveyer belt, right across the palate, upon which this delightful, nervous energy and flavor spectrum seems to travel. Wines from this region can often be consumed upon release, or cellared for many years. This particular Riesling drinks well now, but will reward with 10+ years of aging.

Polish Hill River is a sub region of Clare, situated between Sevenhill and Mintaro. It is one of the iconic Riesling regions in Clare Valley. The Polish Hill River Vineyard was acquired by Rob and Lyn Jaeschke in 2010, and is known locally as the Hill River Vineyard. With Max Schubert (of Penfolds fame) planting the first vines on the property in 1981, the vineyard was destined for big things. The vineyard is situated approximately 3 miles south-east of the Clare township. This is John’s premium Riesling from the Clare Valley. The soil contains a heap of stone and slate, making these Rieslings very minerally, slate, refined and polished. This is a limited release of only 112 dozen. The vineyard is planted on grey-brown loam, over sandy limestone and shale rock. Planted at 460m above sea level the average rainfall is 625mm. The growing season for 2021 continued the theme of the past few years of being generally warm and dry, with the third warmest spring on record. Rainfall was slightly above average for September and October, ensuring good canopy growth, but the rains abated and were well below average in November creating perfectly mild conditions for flowering and ensuring above average crops. The warm spring gave way to a generally cool and dry summer, with the coolest average temperature since 2001-2002. This gave the vines and easy ride into vintage with low water stress and excellent fruit-set. Several discreet yet significant rain events in January and February kept canopies fresh without prolonged periods of humidity, meaning disease pressure was virtually negligible. As the grapes ripened, cool days and cold nights made for slow ripening, giving the grapes exceptional flavour development at low Baume.