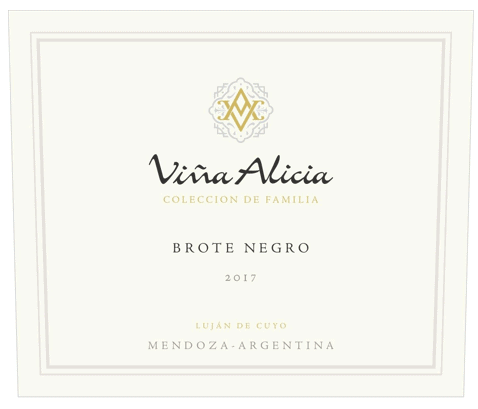 It is a deep crimson wine, with aromas of fresh fruit and taste of licorices, damson plum, violets, raspberries and touches of vanilla, raisins and spices. Wonderful length on the palate – a resounding ethereal experience that keeps you engaged and fascinated.

The Arizu family have been grape growers and viticultural pioneers in Argentina for 5 generations. Think of them as the ‘Mondavis of Mendoza.’ They own the oldest producing Malbec vineyard in Mendoza –planted over 150 years ago – the Las Compuertas vineyard. About 18 years ago, random plants in this vineyard underwent a spontaneous transformation and came out of the dormant season as a new species of DNA seen nowhere else on earth. DNA analysis confirmed the uniqueness of the rogue, mutant vines which other than being different, were perfectly healthy. Each year since then, more random vines throughout the vineyard have made the transformation – just less than 1% of the total vineyard has transformed. The remaining 99% of the Las Compuertas vineyard is managed and harvested in 2 main sections. One part for Las Compuertas Malbec and the other for Paso de Piedra Malbec. The rogue vines are kept separate and used to create roughly 150cs of a wine called Brote Negro – The Black Shoots. Matt Kramer (Wine Spectator Magazine) called this “the benchmark for Argentina”. This is a tiny piece of wine history – drinking it is a rare privilege.

Hand harvested in 25lb buckets to prevent berry damage. In the vineyard – first, after flowering, all poorly set (or formed) bunches are discarded. Then, after veraison, bunches that have not colored up sufficiently, are cut loose. The theory is that the plants should channel available energy into the best bunches only. What ultimately arrives at the winery, then goes through berry sorting. A cold maceration for 2 days takes place before fermentation begins. Post ferment maceration follows, and is maintained for roughly a week, to enable thorough tannin and polyphenol extraction, crucial for wine longevity. Once alcoholic fermentation ends, the wine is settled in new French oak barrels for malolactic fermentation. When this stage concludes, barrels are emptied and cleaned and then the wine is kept in these same ones for 12 months.Before bottling, the wine is kept for 60-90 days in a “cold chamber” at very low temps for stabilization. It is then is bottled without filtering or fining. Finished wines remain in bottle for at least 36 more months, before being released to the market.