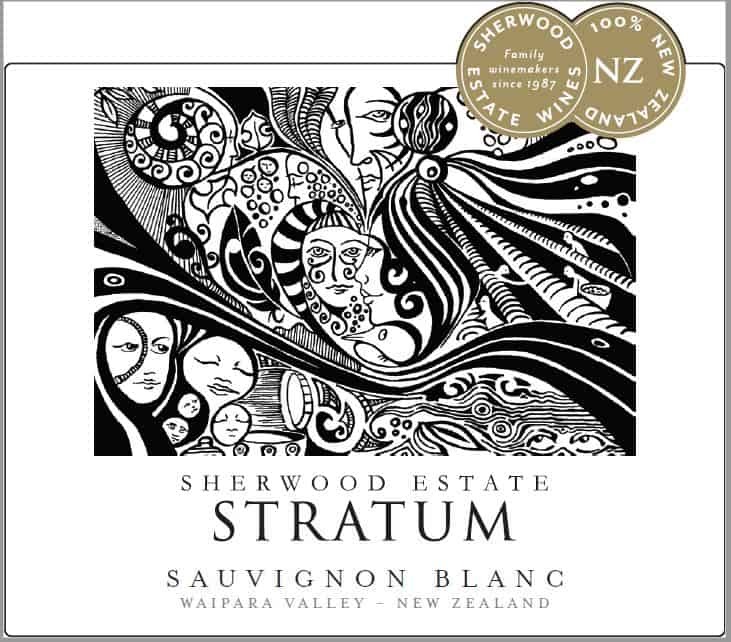 A vibrant Sauvignon Blanc, filled with tropical fruit, gooseberry and citrus flavors with just a hint of white asparagus. Lively and refreshing, this is a real modern classic. Best enjoyed chilled on its own or with seafood and salads. A medium-bodied wine with light acidity and a fine grained texture.

The Sherwoods believe in fastidious vineyard management year round, hand prepping each vine to give their fruit optimal amount of heat units needed for ripening, while minimizing the amount of sugar in each berry, to maintain the important balance of alcohol to flavor. Fruit is machine harvested and the juice for this wine is primarily the free run juice, with a little from the first pressing of a couple of select vineyard blocks, set against the limestone soils of overlooking hills. Lees aging takes place in tank for three months, with weekly stirring to add depth and texture. Between 1-2%, is barrel fermented with indigenous yeast, which later forms part of the blend. Stylistically, the barrel portion is very hard to detect, but is essential to add texture, without tasting oak. 2021 was brutally tough year for New Zealand SB producers – the crop was down over 30% in Marlborough, and over 40% in Waipara, where this wine is from. Quality is awesome, but there’s not much of it.

Dayne & Jill Sherwood have been making wine in Waipara (just north of Christchurch) for over 25 years. This small region has less than a dozen wineries and sits in a much cooler climate than the more famous Marlborough, to the north. There are similarities in style between Waipara SB and Sancerre. Both regions generally produce a riper, richer style of wine as opposed to their neighbors Marlborough and Pouilly Fume. There are several possible reasons: Waipara Valley and Sancerre vineyards are generally planted on clay and limestone soils which tend to produce these richer/fuller wines on the palate, with more stone fruit characters rather than grassy styles of Marlborough. Both areas are classified as cool climate wine regions that must battle spring frost conditions which leads to large fluctuations on harvest weights which are generally lower than nearby Marlborough.