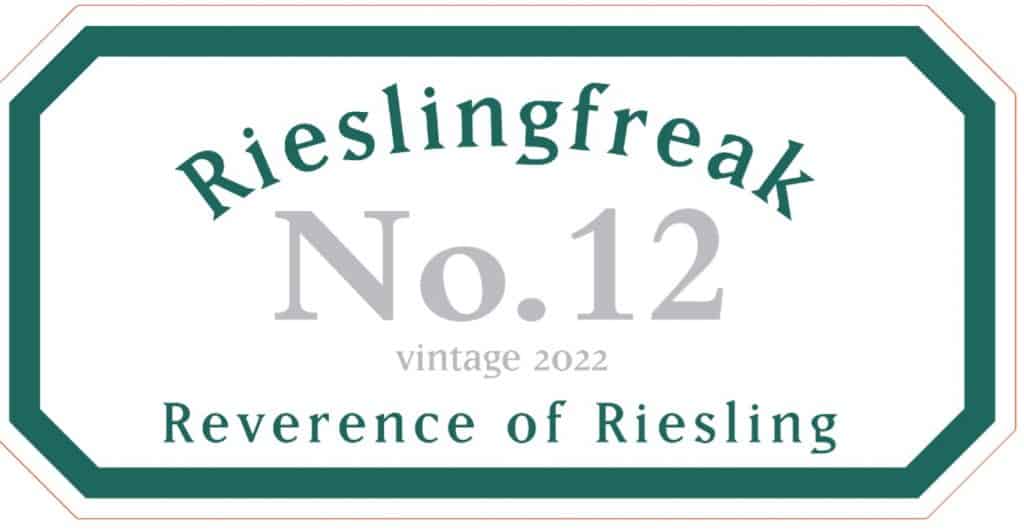 Eden Valley Rieslings are renowned for their delicacy and refinement. They are most notable for their expression of slate-like minerality which reflects the terroir of the region, and delicate floral aromatics which are most prevalent in Riesling from the coolest, high-altitude subregions. No.12 is a dry style of Riesling, showcasing many of the
refinements typical of the Flaxman Valley subregion in High Eden. This Riesling highlights the unique character of Eden Valley in a beautifully composed symphony of aromas and flavours. The intensely perfumed bouquet bursts
with lemon thyme, Kaffir lime, rosewater, and elderflower; while the palate is delicately structured and perfectly
balanced with silky, talc-like minerality and finishing with crisp natural acidity. Wines from this region can be enjoyed in the vibrancy of youth or cellared for many years. This particular Riesling drinks well now, but will reward 10+ years of aging.

The 2022 vintage was a picture-perfect Riesling vintage for South Australia. 2021 gave us the wettest winter on record in the Barossa (where Eden Valley is a subregion), while summer was cool and temperate. This combination was perfect for creating thriving grapevine canopies in the spring, and slow ripening of the grapes over summer. This combination encouraged full flavour development at lower levels of sugar accumulation, while maintaining higher acid levels in the fruit. Grapes were machine harvested at night and fruit was in the winery by morning – the preferred method for Riesling. Instead of pressing his Riesling, John uses a spin and drain method, where they spin the press every 10 minutes, to extract the free run juice – this ensures that the berries are treated very softly, whilst maintaining the purity of the juice. The juice then settled for about 5 days. Once the juice was clear, and solids were settled at the bottom of the tank, the wine was racked and the juice was ready for fermentation. The wine was then fermented at
around 55 degrees for 10-12 days, until it reached his desired sugar level, at which point the wine was
chilled and sulfured, to stop the ferment. The Riesling was then heat and cold stabilized, to remove all haze and crystals, before being filtered and bottled. Time lapse from harvest to bottling is roughly 2 months. Wine was released soon thereafter, in June. The vineyards are situated approximately 500m above sea level, with an average yearly rainfall of 650mm. The soils vary from shallow grey sandy loam over shale rock, to loam soil over light medium clay, with high quartz rock and gravel content. The growing season for 2022 heralded the arrival of La Niña, with soaking winter rains refilling dams and aquifers to levels not seen since 2016. The abundance of available water and
mild spring temperatures were perfectly suited to support strong shoot growth. A freak hailstorm hit Eden Valley on the 28th of October, causing localised damage to some vineyards, impacting the fruitfulness of the vines and reducing the potential crops for this vintage. Thankfully this event occurred before flowering and fruit set, so the undamaged canes and unscathed vineyards still yielded good amounts of high-quality fruit across the region. Summer rainfall was low across Eden Valley, but thanks to the wet winter and spring there was plenty of soil and supplemental water to keep the vines fresh and to support ripening. Daytime and night-time temperatures were cooler than average across the region, with the entire season being remarkably mild and temperate. The cool temperatures and plentiful water ensured a long, slow ripening season with remarkable acid retention in the grapes.

Rieslingfreak was established in 2009. John Hughes grew up on a family vineyard in the Clare Valley, South Australia, and has been driven by the versatility of the Riesling grape. His passion for Riesling was noted in his university days, where he always had a bottle or two of Riesling to share, and soon became known as the “Riesling Freak”. Rieslingfreak No.12 is harvested from individually selected vines from the Mason and Zander family vineyards in Flaxman Valley in High Eden, a premium sub-region of Eden Valley. Renown for growing world-class Riesling of unrivalled elegance, this wine captures the very essence of the High Eden subregion in all its splendour. First released in 2021 to celebrate John’s achievement as being heralded as Barossa’s Winemaker of the Year, this wine is exceptionally delicate and refined, with a highly perfumed bouquet and elegantly structured palate. This Riesling drinks well now, but will reward with 10+ years of aging. This is a limited production of only 112 dozen.