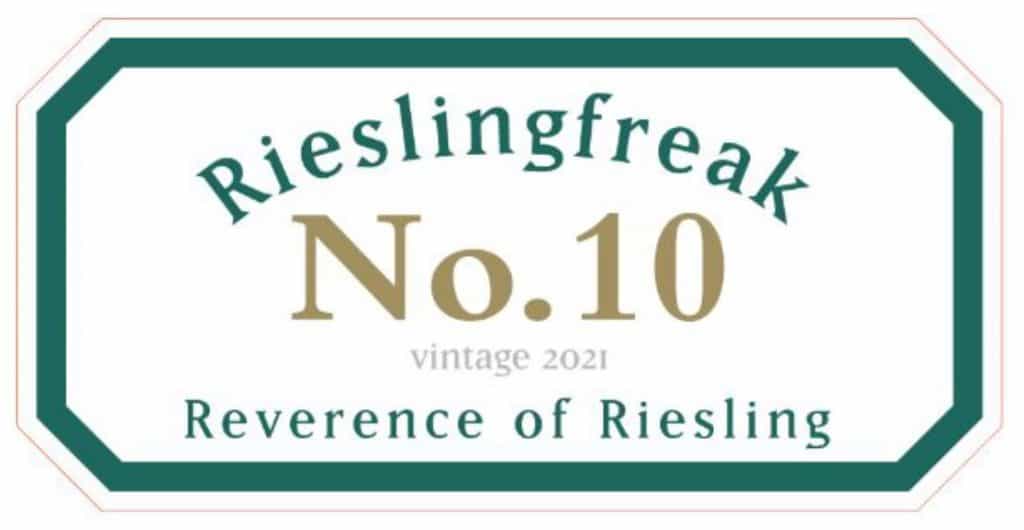 No.10 is a dry style of Riesling, showcasing the very best that South Australia has to offer. The unique complementary combination of Eden Valley and Clare Valley Riesling really shines in this super premium blend. The bouquet is deceptively restrained, a broodingly complex miasma of sweet spice, lemon zest, rose petals and Native Australian finger lime that entice you in and draw you close. The palate is equally seductive; enthralling in its silken subtlety, with a soft, velvety texture and gentle acidity that imparts a lithe elegance and graceful persistence to the finish. A wine of noble elegance and ultimate poise, Rieslingfreak No.10 will drink beautifully in the vibrancy of youth but will also reward many years of patient cellaring.

Rieslingfreak No.10 is considered the ultimate multi-regional blend that captures the very essence of the vintage and is the definitive expression of Riesling. The blend was originally created in 2017 to celebrate John and Belinda’s Wedding, initially only made to serve exclusively to family and friends on the big day. After deciding to release this wine as Rieslingfreak No.10, this blend has come to represent the very best of Rieslingfreak. Sourced from only the very best parcels from across the Clare and Eden Valleys, No.10 is only produced in minute amounts from the most exceptional vintages. This is an extremely limited release of only 20 dozen.

2021 Rieslingfreak No.10 is a blend of 55% Eden Valley and 45% Clare Valley, and is the perfect balance of luxurious richness and pure, refined elegance. The growing season for 2021 continued the theme of the past few years of being generally warm and dry, with the third warmest spring on record. Rainfall was slightly above average for September and October, ensuring good canopy growth, but the rains abated and were well below average in November creating perfectly mild conditions for flowering and ensuring above average crops. The warm spring gave way to a generally cool and dry summer, with the coolest average temperature since 2001-2002. This gave the vines and easy ride into vintage with low water stress and excellent fruit-set. Several discreet yet significant rain events in January and February kept canopies fresh without prolonged periods of humidity, meaning disease pressure was virtually negligible. As the grapes ripened, cool days and cold nights made for slow ripening, giving the grapes exceptional flavour development at low Baume.