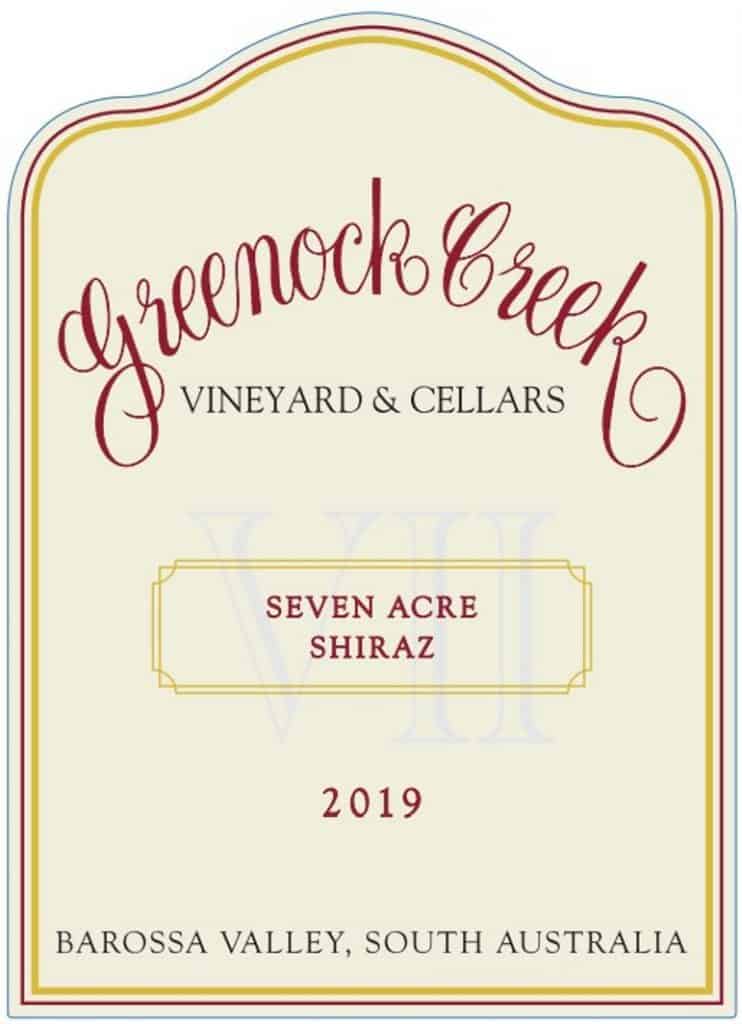 The most elegant wine in our portfolio, the Seven Acre Shiraz shows graphite, floral notes, blueberries and blackcurrants, and hints of charcoal on the nose. The palate has exceptional natural poise, displaying beautiful balance of elegant buttered fruit characters, fine long oak tannins and acid, along with distinct mineral characteristics.

The Seven Acre vineyard is planted on a thin, 500 meter long strip of land that slopes west to east from the Seppeltsfield Road towards the Greenock Creek homestead. The vineyard was planted in 1993 using cuttings from the Creek Block, the original vineyard in our Seppeltsfield estate. Bluestone, quartz, and shale rock dominates the vineyard landscape at top of the slope, with more sandy loams and underlying terra-rossa soils appearing closer to the homestead. This juxtaposition of geologies supports an exceptional degree of complexity in wine made from a single vineyard block. Cellaring suggestion: 15 years +

Fruit was hand-picked on February 15, destemmed and then gravity fed to open, slate lined fermenters (kept underground, to help keep ferments under 75ºF). Most GC wines are on skins for 6-7 days, where pump-over occurs 3 times daily, with a soft splash technique. The aim is for soft, integrated tannins rather than grippy tannin profiles. Malolactic fermentation is started 2 days into the alcoholic fermentation in order to have this completed early in the process. A 3T basket press is used for all the pressing – it has traditional wooden slates that are wax coated yearly. Pressing time is fairly brief – in order to refrain from drawing bitter tasting juice. Free-run juice, along with pressings are then gravity feed into 5000L underground tank to be combined with the drained off juice. This is then transferred to SS tanks for 2 days, to settle the heavy lees. Following this, the wine was placed in 100% French oak hogsheads (10% new) for 22 months cellar maturation. The wine was then bottled, unfiltered and unfined.

The growing season started with lower than average spring rainfalls, which became progressively drier through summer and early autumn. March rainfall totaled just 3mm, approximately 10% of the longer term average. Spring frosts and windy conditions reduced yields, which was further compounded by above average temperatures in all months with the exception of a slightly cooler February which alleviated vine stress. Dry conditions throughout, and the resilience of the older vines, produced a small crop of intensely flavored, high quality fruit.