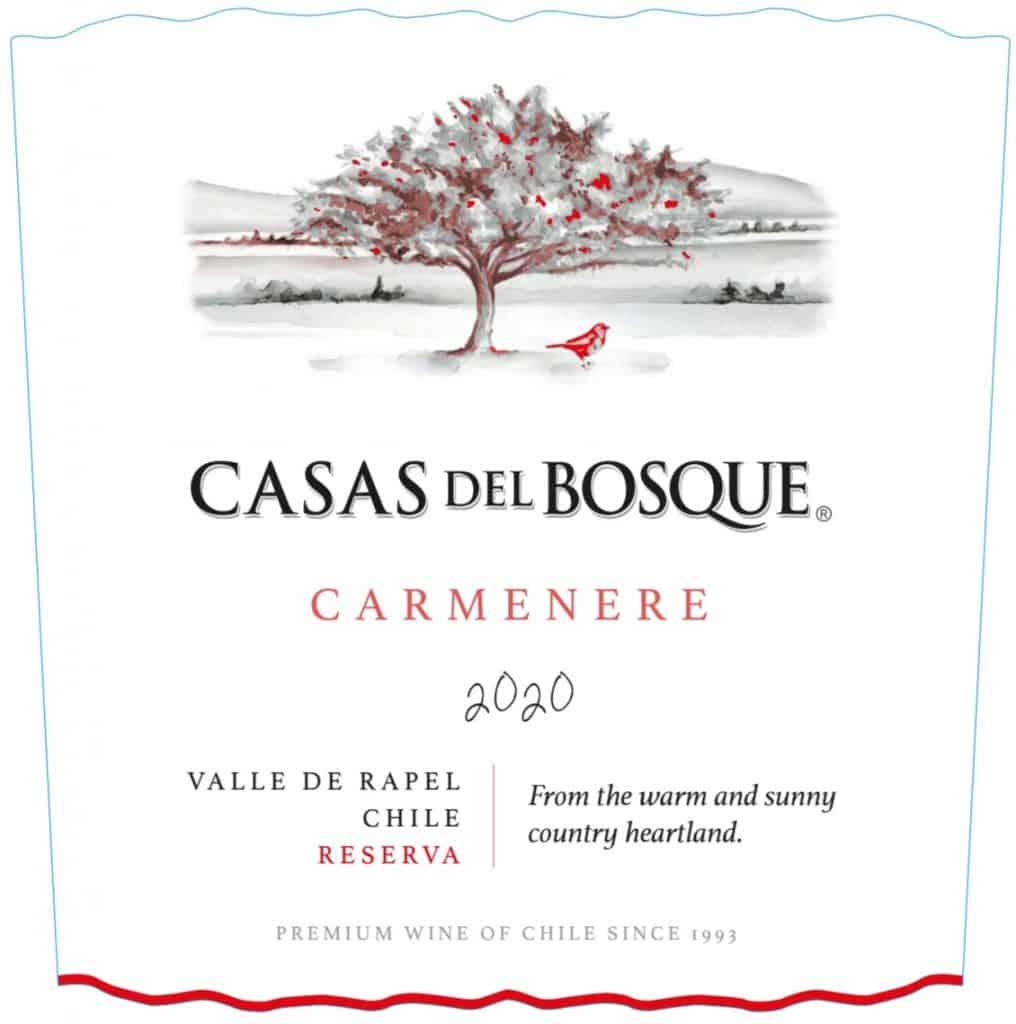 Intense purple color with violet hues. The wine shows lively and vibrant, with notes of tobacco and spices. The typical green bell pepper note, characteristic of this variety, is well blended with spices from the barrel. On palate there is an equilibrium and a coherence with the nose; a sensation of volume, ripeness and soft tannins. An excellent representation of its origin.

While Carménère is certainly well known for its Pyrazine component, this Reserva from Casas del Bosque tames it and balances it pretty well thanks in great part to the way malolactic fermentation is managed during ageing. Also, the fruit is sourced from loamy alluvial soils with excellent drainage, very close to the Cachapoal river. Upon arrival to the winery, all grapes were destemmed and crushed into stainless steel tanks and inoculated with selected yeasts. After that they were co-inocculated with selected lactic bacteria to carry out the malolactic fermentation. The wine
was left to macerate for seven additional days, for added structure and longevity. At the end of malolactic fermentation the wine was uncovered and pressed, separating fractions of press according to quality. 20% of the final blend was aged for 12 months in French oak barrels (second use). The wine was finally assembled, filtered and bottled, with total production reaching 9,400 cases.

Most of the fruit is from an area called Almahue, long recognized for the quality of its Carménère, and part
of the famed Peumo sub-appellation. Crop yields were less than 10 tons per hectare (4.5 tons per acre). Warm days and cool nights characterized the season. Average temperatures in summer were 71ºF, and in winter 52ºF. Mean diurnal shifts in March are 63ºF. Yearly rainfall is 315 mm on average, falling mostly between May and September; however, this particular season was exceptionally dry.

The story of Carménère is often presented as that of a grape with a personality conflict. It is much akin to Cabernet Franc, and was once widespread in the Médoc region of Bordeaux. Today, it’s impossible to find Carménère in France since starting in 1867 the Phylloxera plague destroyed most of the original Carménère vines. Fast-forward about a century to the early 1990’s, and we find that somehow it made it to Chilean vineyards before disappearing in France (That said – most of the people in Chile believed it was Merlot at the time!). Luckily, there is no personality conflict with Casas del Bosque Reserva Carménère. It took a while for Chile to get it right since its rediscovery, but today it is a well-established variety that shines on its own. The winery’s approach is quite simple and straightforward: grow the grapes in Rapel Valley, where the best Carménère in Chile comes from, and let them ripen until what stands out are the sweeter notes of plums, raspberry and tobacco as opposed to the greenish, more peppery side of it. Give it some oak ageing to round it off and Voilà, you have an excellent, friendly and easy to drink “blast from the past” kind of wine.