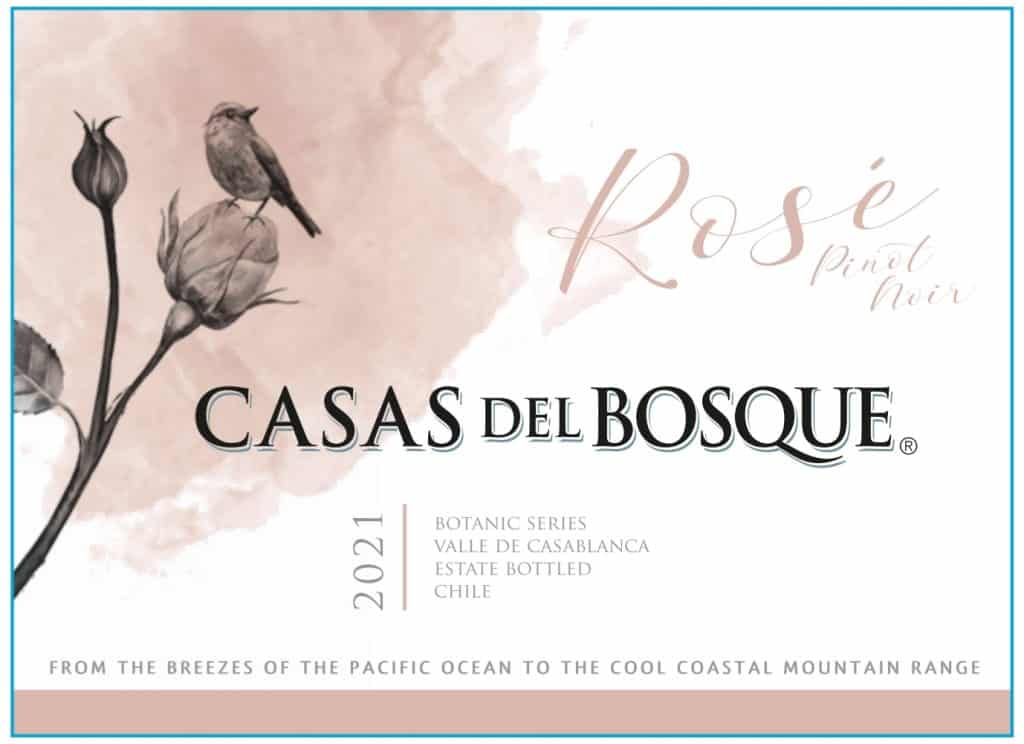 This single vineyard Rosé is made with Pinot Noir grapes planted on the coolest, westernmost reaches of Casablanca Valley. Grown on hillside blocks facing from north-east to north-west, the vines were planted between 2006 and 2008 and are equipped with drip irrigation. Crop levels are an average of 2.2 tons per acre. Fairly normal vintage – not too dry and without any debilitating frosts, the fruit had good bunch weight and concentration, with wonderful high acids, inherent to the Casablanca terroir. The fruit was harvested by hand and the whole bunches were pressed directly, with the resulting juices left to cold settle overnight. After that they were racked and inoculated with a selection of special yeasts. After fermentation the wine was sulfured and racked back to tanks, where it was kept on its fine lees until ready for filtration and bottling. 2.360 cases were produced, with the first bottling carried out on July 1st, 2021.

Frequent foggy mornings, warm days and cool nights characterize the valley. The average temperatures in summer are 66ºF and in winter 51ºF. Mean diurnal shifts in March were around 6ºF. Yearly rainfall is around 380 mm, falling mostly between May and September (although there is an ongoing draught that has affected the valley in the last couple of years).

Born from grapes of both a massal selection and clone #777 blocks (one of the “Dijon” clones), this particular Casablanca Pinot Noir Rosé has a lot in common with Sancerre Rosé. The soils are different in both areas, that´s true; but they do specialize in similar varieties. Casablanca is more widely planted than its French counterpart is, but while yields for Sancerre are usually around 55hl/ha, in Casablanca they rarely exceed the 45hl/ha, resulting in more concentrated Pinots. Fun fact: both regions produce excellent goat cheese to pair with their wines! In line with the above, winemaker Alberto Guolo made a slight change with the 2021 vintage. While this wine previously had a component fermented in oak barrels (which further differentiated it from Sancerre), this year he experimented with removing the oak altogether. The result is a crisp, fresh and well-defined wine that favors the primary notes of Pinot Noir as well as secondary notes derived from fermentation with selected yeasts. A naturally high concentration of phenylethanol results in characteristic aromatic notes of roses, that give the wine a unique identity – and are the “reason ” for much of the label design elements.