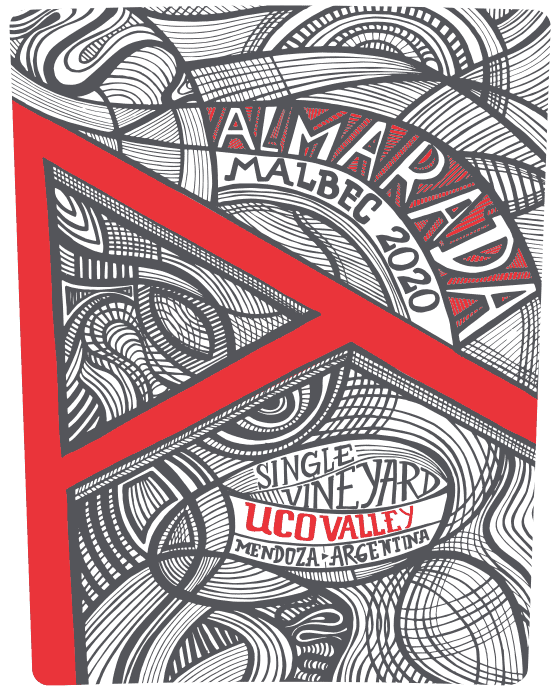 Brilliant, complex wine. Intense
fruity aromas of black plum give rise to a palate full of freshness, velvety tannins and favors of dried cranberry and chocolate with hint of orange peel. Great balance, complexity and length.

Antonio Mas was born in Mendoza and holds a degree in Agronomy. He has devoted his time to study every clone from the varieties he has cultivated and vinified and is one of the leading experts in his field. In 1991 he built his first boutique winery – Finca La Anita. Antonio was inspired by the concept of French Château: vineyards of great genetic and varietal purity, identifying clones of every variety, and growing grapes and vinifying them near the same place where they were planted, from specific plots – true single vineyards. In 2010 he decided to create his own, top notch equipment as there were no options in the market. He had to import barrels as there were no other ways to get them. He developed a new vineyard in Tupungato at an elevation of 1.100 meters above sea level. The result was the beginning of boutique wineries in Argentina, a term which he never felt comfortable with. Thanks to 50 years of winemaking he is considered one of the most prestigious Argentinean winemakers. His new winery – Antonio Mas Wines – is the crowning of his career.

The grapes for this wine are hand-picked. Bunch selection is made at veraison and again after the harvest in the winery, before destemming and crushing. The alcoholic fermentation takes place in steel tanks, following maceration and takes roughly 4/6 days. Since the maceration temps are cool, cultured yeasts have to be used for the ferment (wild yeasts die at cool temps). At the beginning of the fermentation, wine is pumped over as many times as possible in order to achieve a rapid multiplication of the yeast colony. Following this process, the pump overs are reduced. Post ferment maceration takes 7-10 days. Once settled, wine is racked off to barrels – 10% of American oak and 90% of French oak (medium plus toast). Barrel ageing is brief – typically 3-4 months and no racking occurs during this time. Wine is later blended and filtered by a tangential filter, before being bottled. A tiny sulfur adjustment is made pre-bottling.