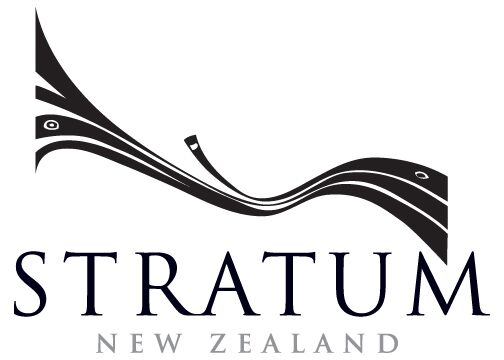 Jill and Dayne Sherwood are well known in New Zealand for being a driving force behind the Pinot Noir movement, started around 1990. Less than a handful of Kiwi vignerons have been making Pinot Noir as long as they have. They have always preferred the countryside around Christchurch and began their winemaking endeavors down in the Canterbury Plains, where Southern Starz first got started with them. A few years later they moved to their existing location in the Waipara Valley.

Why Waipara, you ask? Dayne has always preferred the cooler aspect of this GI, and it’s positive impact on fruit – be it red or white grapes. Having developed the Sherwood brand into a considerable business, Dayne and Jill turned their attention to the market’s growing need for a more price competitive brand, that spoke of their region and their estate, but which competed with the corporates on the shelves. Here’s what Dayne has to say about Stratum wines.

All our vineyards are meticulously managed and looked after. This is very important in a true cool climate wine region like the Waipara Valley as we need to maximize the amount of heat units needed for ripening, while minimizing the amount of sugar in each berry, to maintain the important balance of alcohol to flavor. What this means is a very intensive year-round relationship with each individual vine. For the Sauvignon Blanc vineyards, this intense program begins in late autumn/early summer depending on the season) with hand pruning each vine using the cane pruning method, which first involves selecting the 3-4 canes that will carry next seasons bunches, the selection is made from the 30 – 50 canes that grew the previous year, not any easy task. Once the 3-4 canes are selected, the rest gets cut off with individual cuts using hand secateurs, once all the unneeded canes are stripped away, the 3-4 canes kept are neatly wrapped around the fruiting wire and secured using twist ties, again all by hand. The pruner then checks the vine for any secateurs cuts more than 2cm in diameter, these bigger cuts are painted with a sealant to prevent any disease from entering via these wounds. Then it’s onto the next vine. Most of our Pinot Noir vineyards are pruned using a different method called spur pruning. Which is technically more complicated than cane pruning, as decisions made in where to cut will have implications for the next 5 years or so (as we don’t spur prune for more than 5 years before starting again with a lay off year). The spur pruning allows for better spacing and bunch exposure to the sun when managed correctly. Throughout the season, irrespective of the pruning method, each individual vine will be visited 10-15 times to receive individual care and attention. Some of the hand tasks for each vine include shoot thinning around the vines head. The removal of shoots down the trunk (two times) training the growth onto the trellis system (four to five times) removal of canopy trash, leaf plucking, removal of second set berries. All this hand work aides the all-important berry exposure to sunlight as well as preventing disease. This is just the hand work, there is also many hours spent on the tractor tasks maintaining the vines and surrounding environments.

Soils of the Waipara Valley

Part of the Waipara Valleys unique terroir (sense of place) is of course the soil that the vines live in, which in turn influence the taste of the wines when grown and managed with the respect needed to create wine with a sense of place. A typical Waipara Valley soil has several different seams running through the profile. This is typical of both the hill sites as well as the flats, although the depth of some seams can vary dependent on the site. The attached profile shows the strata or seams of ancient sea beds. Each seam or strata represents millions of years of development, illustrating the evolution of limestone, which begins with the calcium from fossilized sea shells and ancient sea creatures bones, the stages of calcification can be seen as standalone seams as well as in dispersed among the clays. The Waipara Valley is well known around New Zealand for its soils, in particular the limestone. With the many limestone quarry sites throughout the area, in the 1900s digging up and sending the limestone around the country for farmers to spread onto their own soils. Today only one working limestone quarry remains in the region. The other soil that has been dug up and sent to many cities and towns throughout the North and South Island is the Glasnevin clays, which has been the preferred soil base for the countries many cricket pitches.
Visit Stratum's website
See Stratum wines we sell