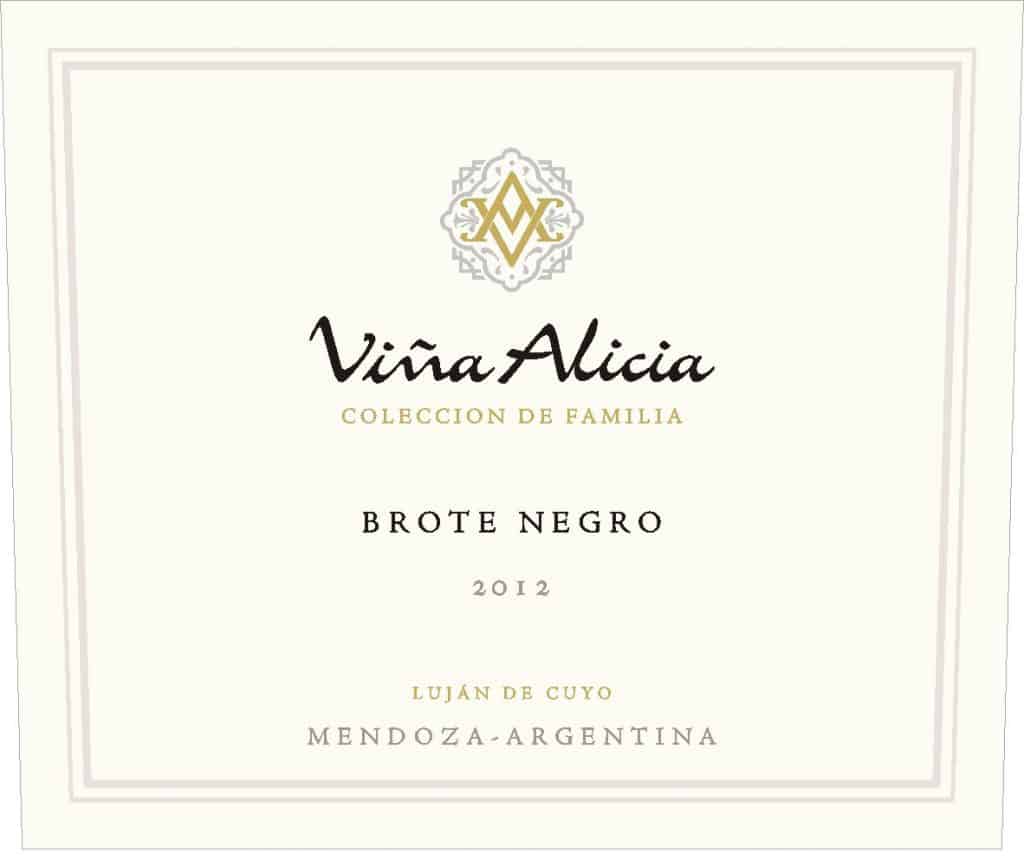 96 pts Descorchados (PT)
“Profound, rich in spices, and complex like few others.”

93 pts James Suckling
A balanced and decadent red with blackberry, plum skin and berry character. Mineral and floral undertone too. Full and silky. An excellent example of new precision in winemaking in Mendoza.

93 pts Robert Parker Jr.’s The Advocate (RP)
Alberto Arizu always has some interesting technical information to give me regarding climate, soil or varieties, which shows his passion for viticulture. This time he told methe Malbec genotype they call Brote Negro has small leaves, which seems to be a characteristic of the oldest varieties, and that results in lower yields. Their flagship 2012 Brote Negro is a fruit-driven and structured Malbec produced from a clone selected because of its low yields. The clone also has darker stems–“brote negro” means “black sprout” in Spanish. It’s selected from an old vineyard in Las Compuertas, on a terrace over the Mendoza River. It matured in barrel for 16 months with rackings every three months after malolactic in barrel. However, the oak is perfectly integrated and nicely folded into the fruit and the dominant aromas are more about violets and wild berries. The palate is medium to full-bodied, nicely balanced, with sleek, elegant, sweet tannins. They seem to be slowly fine tuning this special wine and it’s quite consistent across vintages. 2,500 bottles produced.

93 pts Wine & Spirits & Year’s Best Argentine Malbec
2012 Viña Alicia Luján de Cuyo Colección de Familia Brote Negro Some 13 years ago, viticulturist Alberto Arizú walked through Las Compuertas, the highest altitude vineyard in Luján de Cuyo. There he noticed that among the malbec vines there were some dark shoots (brote negro) that stood out among the others. He called in some ampelographers, but they couldn’t explain it, so Arizú concluded that this was a type of malbec mutation. This wine has since become a classic in Mendoza and, in 2012, it offers a tight, ripe malbec, with hints of violets amid dark flavors of black olives and chestnuts, and a strong tannic presence. Too young to drink now, it will gain more charm with at least five years in the cellar. Reviewed by Patricio Tapia.

91 pts Stephen Tanzer’s IWC (ST)
(aged for 16 months in 50% new and 50% once-used French oak): Saturated medium ruby to the rim. Superripe aromas of blackberry, cassis, raspberry, licorice and molten dark chocolate are accented by a note of crushed pepper. Concentrated, sweet and deep but in a rather sullen stage today; ripe and creamy but with a restrained sweetness to its flavors of dark fruits, violet and spices. This youthfully aggressive but highly distinctive Malbec is most impressive today on the serious, very long finish, which features smooth, rich tannins and an almost chocolatey sweetness. The “black shoot” is made from a rare Malbec biotype scattered through a very old vineyard in Las Compuertas. — Stephen Tanzer