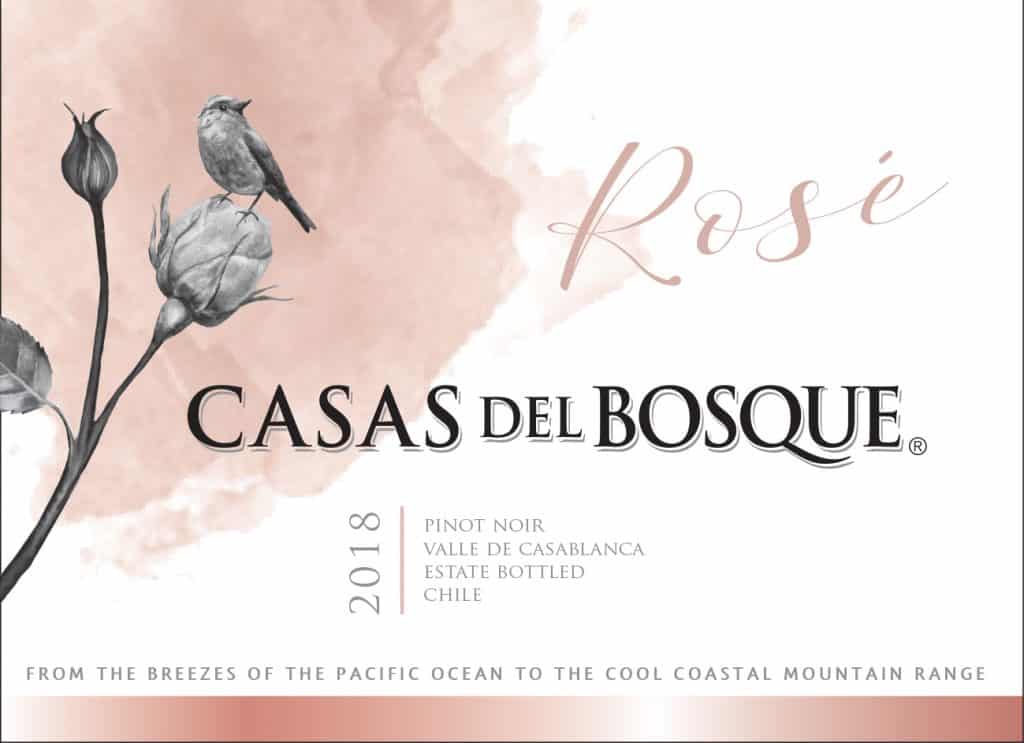 Onion skin in color, showing classic aromas of strawberry and redcurrant complemented by subtle notes of roses and spice. Elegant in the mouth, offering fresh red fruit flavors, with some weight and complexity through the clean finish.

VINEYARD: A selection of young vines sourced from the coolest part of our vineyard in the Casablanca Valley. Young vines, planted in 2006 to clone 115 and cropped at an average of 6.5 tones per hectare (2.4 t/acre). HARVEST: The 2018 season was long and cool, and the fruit was only harvested on 9 April. VINIFICATION: Upon arrival at the winery all grapes were first destemmed and crushed to the pneumatic press. The resulting juices were left to cold settle (at 10ºC/50ºF) for a day following which time the juice was racked to used French oak barrels that had been used previously for the aging of red wines. Temperatures during the fermentation in barrel peaked at 18ºC (or 65ºF). After fermentation, the wine was left two weeks on the lees, before being sulfured and racked to a stainless steel tank. There, the wine was cold stabilized, filtered and prepared for bottling in September. 560 cases produced.