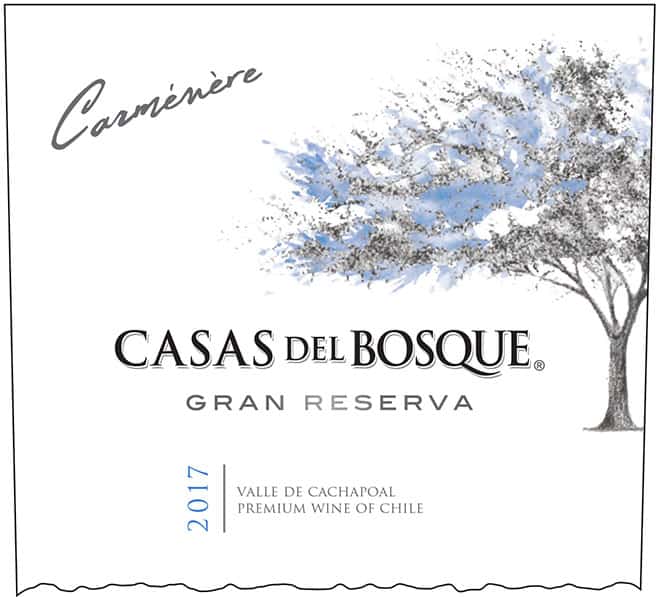 Despite the warm season, this Carmenère has freshness and structure. Scents of black forest fruit and tobacco mingle with vanilla and cedar oak. Dense and concentrated, with gentle tannins and a chocolaty aftertaste.

Vineyard: Grown on rocky, clay soils on a slope overlooking the Cachapoal River. The site is sheltered, and relatively warm. Crop levels were an average of 8.5 tons per hectare (4 tons per acre).
Harvest: After a particularly warm and dry growing season (due to the dry winds, many regions in Chile were destroyed by forest fires), the grapes were harvested by hand on 11th and 12th of April, 2017.
Vinification: Following harvest, the grapes were sorted at the winery, destemmed and then crushed to tank. Fermentation occurred with selected yeasts, lasting 12 days with temperatures peaking at 32ºC/91ºF. Following the completion of fermentation, the must was subjected to an additional 5 days of post-fermentation maceration. The wine was then pressed off the skins and put into 43% new, 57% used French oak barrels for 10 months during which time it was racked and returned twice. The wine was clarified with natural egg whites prior to bottling.